Iran is one of the few countries with an amazing cultural past and a rich presence. All this is topped with an incredibly hospitable people who embody their country's proud history.

Iran is home to one of the world's oldest civilizations. The first dynasty in Iran formed during the kingdom of Elam in 2800 BCE. Later, the Medes unified Iran into an empire which was succeeded by the great Achaemenid Empire and its King Darius I. Many visit Iran simply for his Persepolis, the City of the Persians, founded at a time when Persia extended from Anatolia and Egypt to the River Indus. After Alexander the Great's conquest, the Seleucids, the Parthians and the Sassanids successively ruled most of Western Asia, before the Muslims conquered Iran in 651 CE.

Iranian culture influenced Classical Greece and later became a major element of Muslim culture. Literature, philosophy and science in Iran reached their peak between the 9th and 14th centuries CE with intellectuals of world renown: poets like Hafez, Saadi, or Rumi, and scientists and philosophers like Ibn Sina, or Avicenna, as he is known in the West.

In today's Iran, beauty is still expressed through architecture. Breath-taking palaces, mosques, bridges, and the gardens! Grace and elegance is around you in many cities of this vast country with its diverse landscapes. Iran is the only country with Shia Islam being the official state religion. The country is ruled by Shia clerics, while Christian, Jewish, and Zoroastrian minorities are protected by the constitution and have reserved seats in parliament.

At the Heart of Muslim Culture: Highlights of Iran

The Heart of Muslim Culture 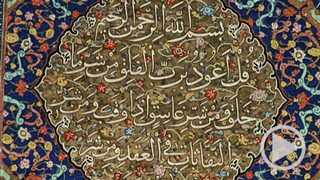 Islam is a religion of the book, and calligraphy has always been held in high esteem. This Quran shows how decorations, spendid as they are, always highlight the words. It may come from the court of Shah Tahmasp who ruled in Tehran in the 16th century.
▶ Museum of Islamic Art▶ Iran
01:55 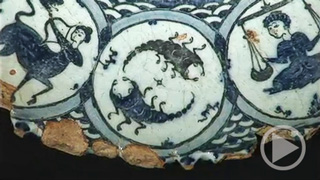 This unique plate was made in Persia in 1563. It shows the signs of the zodiac as handed down from classical antiquity but with clear East Asian influence. This way, it incorporates the fusion of Western and Eastern traditions in Islamic art...
▶ Museum of Islamic Art▶ Iran
02:00 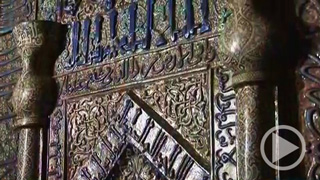 Kashan is an old city between Isfahan and Tehran, known for its lustre faience. Even today "Kashani" is used as a synonym for coloured tiles. This beautiful mihrab, or prayer niche, was made of gleaming tiles by al-Hasan bin Arabshah in the year 1226.
▶ Museum of Islamic Art▶ Iran
01:44
This website uses cookies - for more information about this and your rights as a user, please see our privacy policy. Click on "I agree" to accept cookies and to be able to visit our website directly".