The name of Belgium dates back to Roman times: Caesar had called the area “Gallia Belgica”, it was later turned into the Roman province of Belgica. After the fall of the Roman Empire it became part first of the Frankish Realm, then of the Holy Roman Empire. Throughout the Middle Ages, the cities of the Flanders region were among the most important economic hubs of Europe.

Towards the end of the 14th century, the Dukes of Burgundy acquired Flanders together with the Netherlands and Luxemburg. The rule of Philip the Good from 1419 to 1467 in particular was a time of great cultural flourishing; at his court in Bruges and in cities such as Tournai, a new style of painting developed which marked the transition from Gothic to Renaissance art.

After 1477, the Habsburg family ruled what was to become Belgium for 300 years. In 1795 the country was annexed by France, 20 years later the Vienna Congress made it part of the Netherlands, and in 1830 it finally gained independence.

Today the Belgian capital of Brussels is considered the “capital of Europe” as it hosts several principal institutions of the European Union as well the headquarters of NATO.

Hotspots of Art and Culture in Belgium

From Tournai, Bruges and Ghent to Brussels and Antwerp:
The Flemish Masters 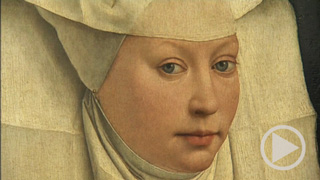 In the early 15th century, artists started to see the world with new eyes: for the first time, they tried to show it as it really was. The “Flemish Primitives” like Campin, Rogier van der Weyden and most of all Jan van Eyck revolutionized painting…
▶ The Berlin Gemäldegalerie▶ Belgium
09:26 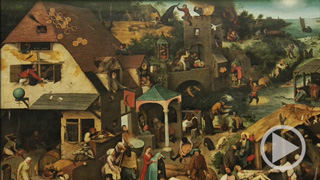 A European dynasty: Pieter Brueghel started the business, painting peasants or the famously insightful “Dutch Proverbs”. His older son continued the tradition whilst Jan Breughel shows us just how much you can put into a simple bouquet of flowers…
▶ The Berlin Gemäldegalerie▶ Belgium
05:30 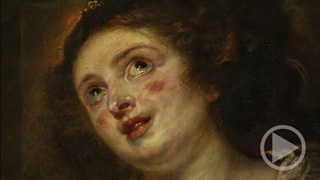 A true cosmopolitan, Peter Paul Rubens was fluent in five languages and a respected diplomat in addition to being the greatest painter of his time. Or rather, “designer-in-chief” of his own studio. He was called “The Homer of Painting” for a reason…
▶ The Berlin Gemäldegalerie▶ Belgium
06:46
This website uses cookies - for more information about this and your rights as a user, please see our privacy policy. Click on "I agree" to accept cookies and to be able to visit our website directly".